The History, Hopes, and Fun of Valentines Day 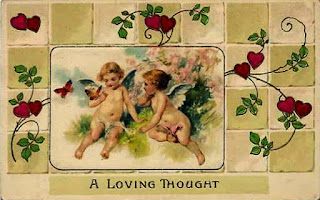 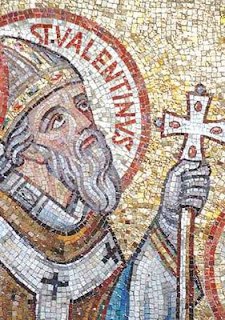 St. Valentine's Day began as a liturgical celebration of one or more early Christian saints named Valentinus. A popular hagiographical account of Saint Valentine of Rome states that he was imprisoned for performing weddings for soldiers who were forbidden to marry and for ministering to Christians, who were persecuted under the Roman Empire. According to legend, during his imprisonment, he healed the daughter (Julia) of his jailer, Asterius. The story states that before his execution he wrote her a letter signed "Your Valentine" as a farewell. Saint Valentine was buried in the Church of Praxedes in Rome, located near the cemetery of Saint Hippolytus. According to this legend, Julia herself planted a pink-blossomed almond tree near his grave. Today, the almond tree remains a symbol of abiding love and friendship. 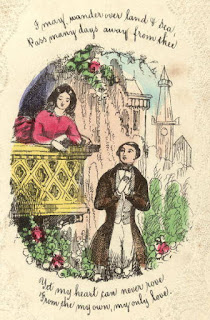 Commemorations of St. Valentine’s Day are rooted in the distant past. In the Middle Ages the tradition of choosing a romantic partner on that particular saint's day began because it was believed that birds began mating on that day.
In 18th-century England, it evolved into an occasion in which lovers expressed their love for each other by presenting flowers, offering confectionery, and sending greeting cards (known as "valentines").
By the mid-1850s the sending of manufactured Valentine’s Day cards was popular enough that the New York Times published an editorial on February 14, 1856 sharply criticizing the practice. Despite the outrage from the editorial writer, the practice of sending Valentines continued to flourish throughout the mid-1800s. 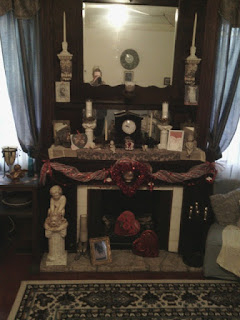 Whether or not you have a Valentine should have no baring on your enjoyment of the Valentine Season. There are many ways that you can partake in the fun of it.
Decorating around the house lends a bit of cheer to the otherwise dreary days of February. Who can be sad when surrounded by red and white hearts, and heart shaped candy boxes. Yes, you can save those boxes for decorations, they are very nice. A little red and white ribbon on the mantel, a few red roses, and those heart shape boxes can do wonders for your positive well being. You have to admit, it would be fun to look at for a few weeks, and decorating for Valentines Day will take up very little time. Take a look at the photos. 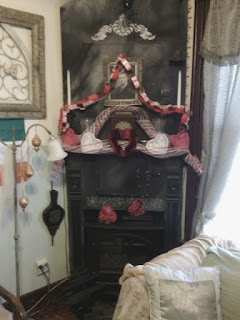 At right is a photo of a mantle I did in one of the upstairs bedrooms. The Valentine decorations include read ans white ribbon, and hearts. There is also a garland made up of little heart shapes, and those heart shaped candy boxes that I had mentioned earlier. It took hardly any time at all to set up, and makes a world of difference. I actually have another mantel upstairs that is decorated with vintage Valentine photos, candles, ribbon, and hearts (bottom photo). Do yourself a big favor, and get into the Valentines Day frame of mind with a little decorating, a few cupcakes, and a little fun. It will change your whole season! 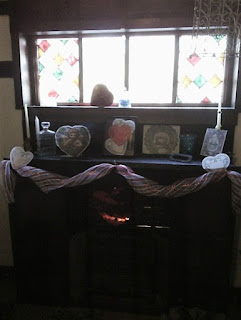 Posted by davids ghost at 10:09 AM No comments: